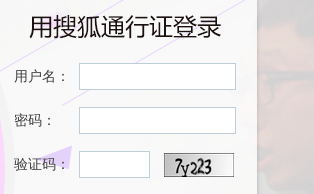 
"Sohu, Inc. (Chinese: 搜狐; pinyin: Sōuhú; literally: "Search-fox") is a Chinese Internet company headquartered in the Sohu Internet Plaza in Haidian District, Beijing. This company and its subsidiaries offer advertising, a search engine, on-line multiplayer gaming and other services. For the fiscal year ended December 31, 2007, Sohu Inc.'s revenues increased 41% to $188.9M. Net income increased 31% to $35M. Sohu was ranked as the world's 3rd and 12th fastest growing company by Fortune in 2009 and 2010 respectively. As of August 2011, Sohu is the 44th overall in Alexa's internet rankings." (Wikipedia)

It increases the likelihood of successful Open Redirect Attacks to third-party websites, too.


If a user has not logged onto Sohu and clicks the URL ([1]) above, the same situation will happen upon login.

After acceptance of third-party application:
A logged-in Sohu user would no longer be asked for consent and could be redirected to a webpage controlled by the attacker when he/she clicks the URL ([1]).


For a user who has not logged in, the attack could still be completed after a pop-up page that prompts him/her to log in.


(2.1.1) Sohu would normally allow all the URLs that belong to the domain of an authorized third-party website. However, these URLs could be prone to manipulation. For example, the "&redirect_uri" parameter in the URLs is supposed to be set by the third-party websites, but an attacker could change its value to make Attacks.

Before acceptance of the third-party application, Sohu's OAuth 2.0 system makes the redirects appear more trustworthy and could potentially increase the likelihood of successful Open Redirect Attacks of third-party website.

Once the user accepts the application, the attackers could completely bypass Sohu's authentication system and attack more easily.

(2.2) Used one of webpages for the following tests. The webpage is "http://essayjeanslike.lofter.com/". Can suppose it is malicious and contains code that collect sensitive information of both third-party app and users.

Vulnerable URL from Sohu that is related to news.cn:
https://api.t.sohu.com/oauth2/authorize?client_id=TP4vefRdCFUEFhrNpMnQ&scope=basic&response_type=code&redirect_uri=http%3A%2F%2Flogin.home.news.cn%2Fcb%2Fsohu.do&state=http://my.xuan.news.cn/main.do__20

POC (we can change the value of "redirect_uri" if it is in the domain of news.cn as we like):
https://api.t.sohu.com/oauth2/authorize?client_id=TP4vefRdCFUEFhrNpMnQ&scope=basic&response_type=code&redirect_uri=http%3A%2F%2Flogin.home.news.cn%2Fcb%2Fsohu.do&state=http://my.xuan.news.cn/main.do__20

(3) What is Covert Redirect?
Covert Redirect is a class of security bugs disclosed in May 2014. It is an application that takes a parameter and redirects a user to the parameter value without sufficient validation. This often makes use of Open Redirect and XSS (Cross-site Scripting) vulnerabilities in third-party applications.

Covert Redirect is also related to single sign-on, such as OAuth and OpenID. Hacker may use it to steal users' sensitive information. Almost all OAuth 2.0 and OpenID providers worldwide are affected. Covert Redirect can work together with CSRF (Cross-site Request Forgery) as well.